THE 4 OF US Online

THE 4 OF US @the4ofus
Saturday, February 27th, 2021 at 11:16am
Help us choose our next vinyl record release from this bunch of contenders. Just clink the link below to pick your fav. All help greatly appreciated. Declan and I are still undecided!
https://t.co/UUCucXr0rA... https://t.co/S3ZounJ68l
View on Twitter 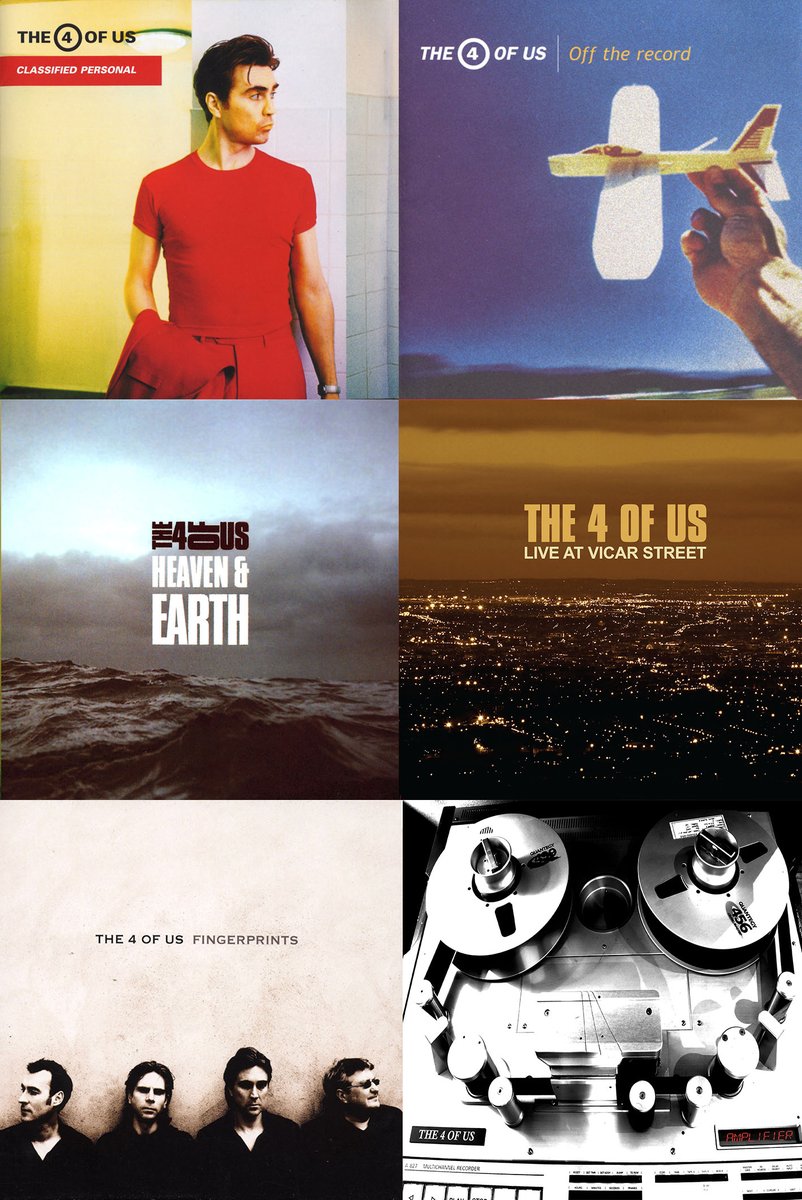 Intricate arrangements, skillful lyric writing, and as we have come to expect from THE 4 OF US, the songs are imbued with considerable melodic flair. Excellent.****(Hot Press) Three decades on from their breakthrough hits, The Murphy brothers show they still know how to write melodic songs with a tender core and a barbwire emotive edge” (****The Herald) “Border boys in troubled times. Pop/folk of the highest order****(Irish Times) “Highly Evocative” ****(Sunday Times) “Tales of growing up on the Irish border that perfectly capture the dark times ****(Daily Express UK) “ Rather Special” ****(Acoustic Magazine UK)

The 4 Of UsSaturday, February 27th, 2021 at 2:12pm
Help us choose our next vinyl record release from this bunch of contenders. Just clink the link below to pick your fav. All help greatly appreciated. Declan and I are still undecided!
https://us20.list-manage.com/survey?u=c9dce3abaf70eb9a7d655faeb&id=88695e8633

It was Sunday August 2nd 1992 and we were backstage at the Trip To Tipp festival at Semple Stadium.

Around 30,000 music lovers were on the pitch and in the stands, torrential rain pouring down on most of them.

We watched as one man and his guitar walked up the runway to greet the drenched crowd. I remember feeling sorry for him, having to perform in that downpour.

I needn't have worried. By the time he'd reached the first chorus of Lisdoonvarna, Christy Moore had everyone on the pitch singing along at the top of their voices. Now, instead of feeling sorry for him I started to worry for us having the unenviable task of following him.

The rain was still bucketing down on a sea of dripping wet souls when we came on. I saw two full bottles of ice cold Evian water our manager had placed by the drum kit and - in an impulsive gesture of solidarity - decided to pour the entire contents over my head.

The roadies and crew looked on in disbelief. Who was I trying to electrocute? Myself, the band ...or them? I'd also turned the stage floor into an ice rink. As a result, Extreme - the American rock band on after us - ended up slipping and sliding their way through their 50 minute slot.

Some of the technical crew working that day still haven't forgiven me.

P.S. We are giving away a signed copy of our red vinyl Sugar Island LP plus some exclusive surprise goodies.

To be in with a chance of winning, just subscribe to our community where we will email a competition question over the next week.

We will pick the winner's name on our Facebook Live/Youtube (March 4th) at 8pm (GMT).